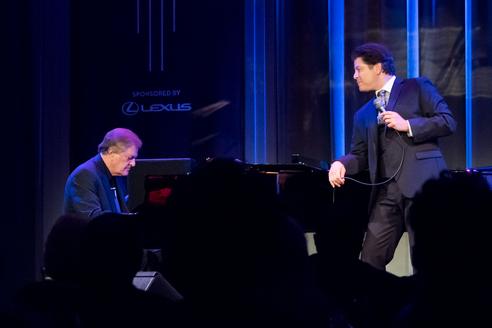 For the first time, an homage to the legendary recordings of Tony Bennett and Bill events, came to Las Vegas.  Featuring two quintessential Las Vegas veterans, singer George Bugatti and pianist Vincent Falcone, this night of music celebrated the 40th anniversary of the recordings of two musical masters.  A perfect fit of both content and talent, both Bugatti and Falcone have worked with Tony Bennett, Falcone as his pianist and musical director and Bugatti making his Los Angeles concert debut alongside the icon. This evening of enchantment debuted at the Cabaret Jazz room at The Smith Center for the Performing Arts in Las Vegas, NV on Monday, Oct. 19, 2015.

​Tony Bennett and Bill Evans had first met in 1962, when both were performing (though not together) in a special jazz event on The White House lawn during the Kennedy years. In June 1975, 13 years after their first meeting, Tony Bennett and Bill Evans got together at Fantasy Studios in Berkeley, California; Evans had asked Tony to come to the studio alone, with no cronies and no sidemen. As a result, not only were there no bassist or drummer present, but practically no one else was there either. The only people in the studio were the two principals plus engineer Don Cody and Evans’s manager, Helen Keane. While Ms. Keane was nominally credited as producer, it was Bennett and Evans who selected the tunes, worked out the arrangements semi-spontaneously, and picked the final takes to be used. The result of this session was The Tony Bennett / Bill Evans album and was followed by another session a year later. Both albums are acknowledged in the jazz world as the quintessential and important vocal/piano collection.

This performance by George Bugatti and Vincent Falcone is not a “note for note” recreation of the recordings but rather their homage to the mastery and artistic integrity of the songwriters and Mr. Bennett and Mr. Evans. 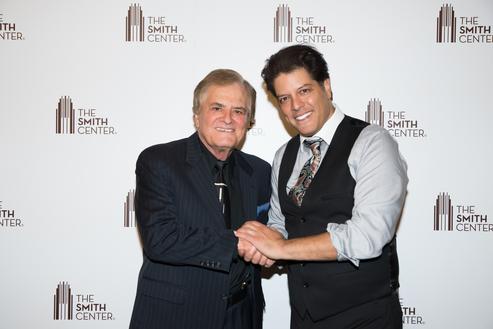